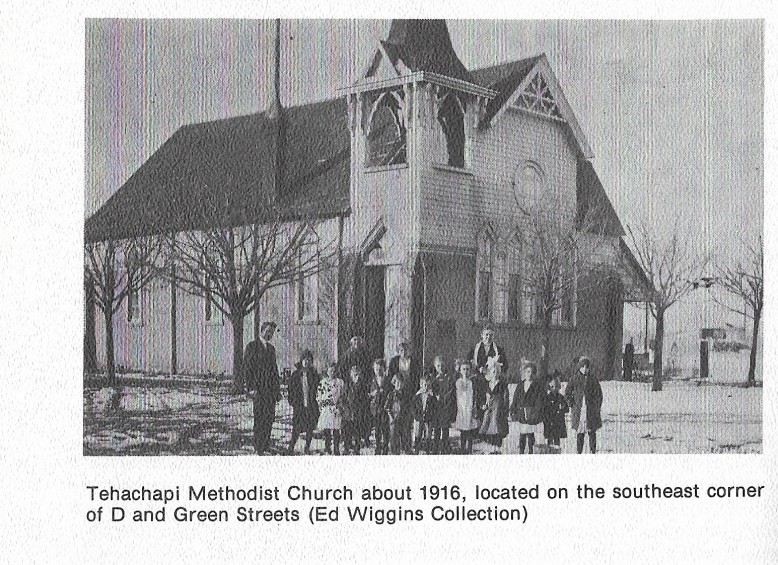 After reorganization and incorporation, the Tehachapi Community Congregational Church was established, holding its first annual meeting in January 1921.  The Congregational Conference of Southern California loaned the new church group $500 to purchase the old brick church building and seven lots.  The old church was torn down and, for some time, services were held in the grammar school.  Some of the wood (from the old church) was used to build the house at 120 East E Street.  The lots were sold in 1921 for $300.

With a loan from The Congregational Building Society, as well as a loan of $4,100 from the local bank, several lots were purchased at the corner of Green and E and, in 1928, the present sanctuary was built.  During the depression, in order to meet its debt obligation, the congregation sold the south portion of the lots to Kern County for a library.  That building is now the Tehachapi Museum.

The modern United Church of Christ came into being in 1957 as a union of two denominations: The Congregational Christian Church and the Evangelical and Reformed Church.  Our Church kept its original name of Tehachapi Community Congregational Church and added United Church of Christ.  That is how we came to have  the longest church name in town!  Note: in 2018, the congregation voted to have a nickname, “Tehachapi Community Church.”